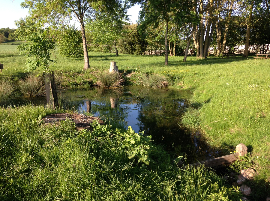 Fountain of the "Petits Bodeaux"

You can discover this natural corner  by taking the hiking trail " the path of fountains " (8 km) or "the path of broad oaks" (14 km) which start in front of the city hall and entails you among numerous curiosities.

Among places not to miss, the visitor in Saix, has to discover the romanic church of Sainte-Radegonde. It was built between the 11th and 13th century.

The bell tower, devoid of its dome of origin, shelters two bells. One of the walls of the nave is integrated into the surrounding wall of the former castle, transformed into farm after the Revolution. 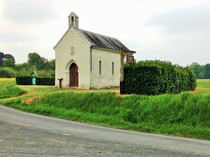 The shrine of Sainte-Radegonde was built in the field wich was the theatre of "the oats Miracle". 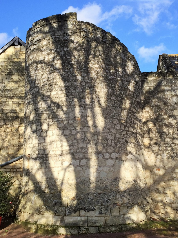 In the 6th century, the royal villa of Saix, domain of hunting of the former summer camp of the imperial treasury, is given to Radegonde in wedding present, by her husband, Clotaire king of Francs.

The castle raised on Gallic foundations, shaped on quadrangle of four towers, was property of the abbey of Sainte-Croix of Poitiers until the French Revolution, whenever it was transformed in a farm.

Only this tower still being a vertige of the medieval castle. 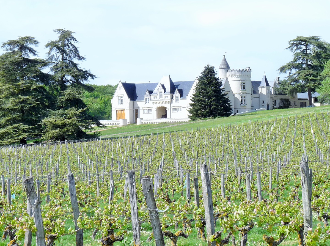 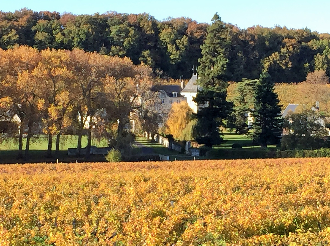