Between tales and History

The name of the village could result from the latin "saxa" which indicates a rocky ground. The name of Saix knew numerous variations in time. In the medieval time, we find Seys, Ses, Sayes, know then from the 16th century, the word begins to take the form of Sais, at usually Saix.

From the roman period, sometimes by places, still tegulae and pottery rise from the ground... 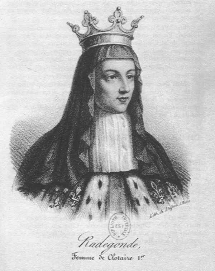 The history of Ste Radegonde

The municipality of Saix is very often associated with Sainte Radegonde's story.

Thuringian princess, she was the 4th wife of Clotaire, a king of Francs. The latter had given to her the ground of Saix. Having withdrawn in it, she established an oratory and a home there where she took care herself of sick people. It was one of the first hospitals of France. Then in 552, she left establishing the abbey of Sainte-Croix to Poitiers where she died in 587. 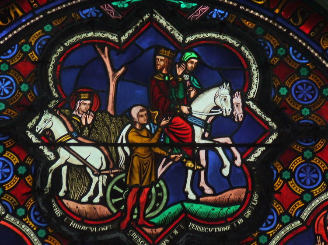 Fleeing her husband, she would have taken refuge with two of her handmaids in a villa situated on the parish of Saix. Crossing a field, chased by riders belonging to king of Francs, Radegonde asked the farmer working in it not to reveal her presence. Before the riders arrive, the field covers itself with oat, allowing the queen and her following ones to hide. The soldiers, seeing a ready field for the harvest as winter draws to a close, saw a divine sign there and turn back. Radegonde was able to continue her way without fear. A small chapel, called chapel Sainte-Radegonde, reminds this miracle.

Saix and the Abbey of Fontevraud

Created in 1101 by Robert d'Arbrissel, the Abbey becomes little by little a place of faith where the rich, the poor, the nobles persons and the commoners mix.

To leave on roads, Robert d'Arbrissel entrusts the management of the Abbey to a woman : the first abbess of Fontevraud, Petronille de Chemillé. the last abbess was Julie d'Antin in 1792.

Thirty six abbesses, among which some of royal blood, followed one another to govern this double order, compound of men and women.

Their power was immense, il was the second religious authority after the Pope. 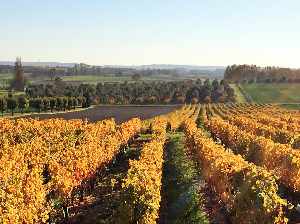 Saix is settle in a landscape of woods and fields where vineyards takes a great place, with famous "cépages" and "appelations". 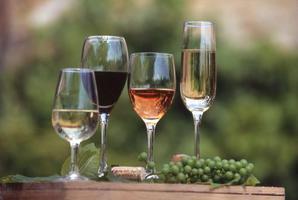 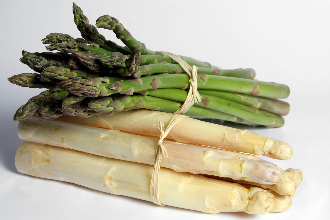 Many farm produces could be found also.